Episode 99: This Time With Feeling 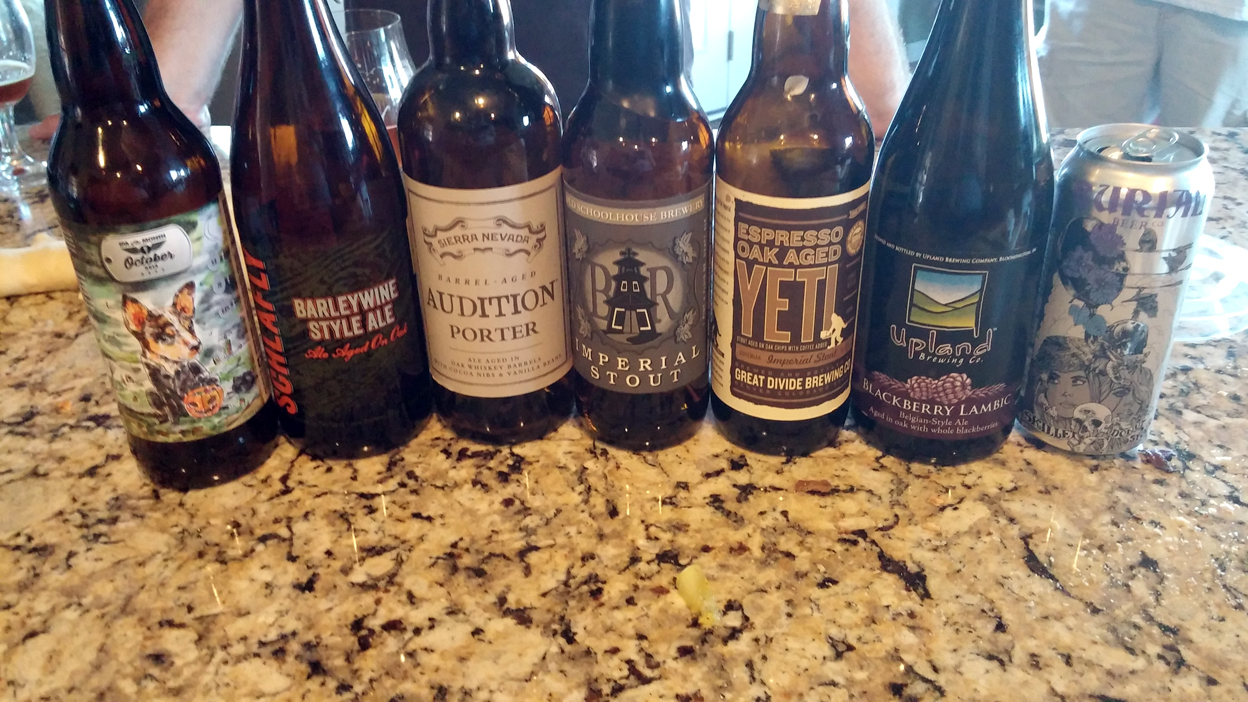 The bros are back and we have a few others in tow as we climb the ladder to episode 100! In this episode the boys discuss:

Boston Beer Company, makers of Samuel Adams, will jump into the “nitro can” market in January of 2016. First up in the series is Sam Adams Nitro White Ale, launching in January. Brewed with Citra hops, plus Grains of Paradise, orange peel, and coriander. February will see the release of Sam Adams Nitro IPA, brewed with six different hops including Zeus, Polaris, Galaxy, Amarillo, Centennial and Simcoe. March release is Sam Adams Nitro Coffee Stout. Hopped with East Kent Goldings, the coffee laden beer finishes at 5.8% ABV.

Update, October 13th: Anheuser Busch InBev and SABMiller, have initially agreed terms, for a total of a valuation of $106 billon (pounds), $104.2 billon U.S. The acquisition would mean the group controls 30% of the world’s beer production.

AB-Inbev:SAB Miller are being probed

The U.S. Justice Department is probing allegations that Anheuser-Busch InBev is seeking to curb competition in the beer market by buying distributors, making it harder for fast-growing craft brewers to get their products on store shelves, according to three people familiar with the matter.

Since the moment Goose Island announced their new Rare Bourbon County Stout, there’s been a lot of rigmarole about pricing for high-end beers, especially since this new bottle of Rare at 16.9 ounces will clock in at $60 retail. That’s no small number in the beer world, even for craft which fetches higher and higher premiums every year based on exotic ingredients, experimental processes, and demand in the market. That price tag has motivated people in the media to break it down to a price-per-ounce comparison to the last Rare from 5 years ago, and compare it to other fantastic stouts on the shelf that go for far less. But does that makes sense? Is a $60 price tag unreasonable? Is that even the point? Here’s my take.

Of course Buy/No-Buy, I’d Tap That, and all the usual nonsense you have grown to loathe.