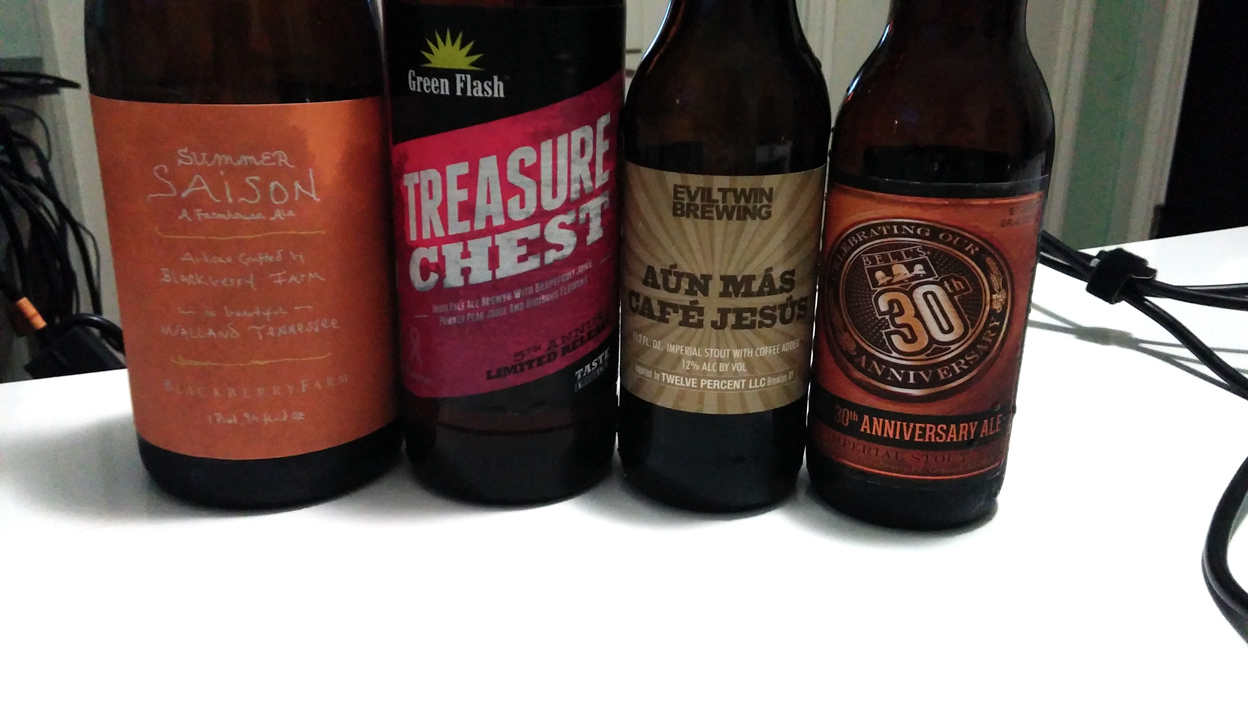 The bros are back minus Mark because he is busy with his new side project. Kyle joins us again to discuss:

After nearly 11 years spent helping to set the pace of Southern California’s craft beer movement at the helm of Green Flash Brewing Co., Brewmaster Chuck Silva has resigned from the San Diego, Ca.-based operation. Effective immediately, he will be funneling his energies into the establishment of his very own craft brewing operation at a yet-to-be-determined location in California’s San Luis Obispo County.

Funky little Oskar Blues Grill & Brew started just under 18 years ago when Dale Katechis and his high school sweet-heart stumbled across the small town of Lyons, Colorado while on a road trip north from their home in Alabama. In 2012, that Rocky Mountain trip continued east as Oskar Blues Brewery expanded to a second home in the rolling hills of Pisgah National Forest of Brevard, North Carolina. Now, Dale and Oskar Blues are heading south to Austin, Texas, the Live Music Capital of the World, as another place to call home.

Typically drinking a six-pack of beer doesn’t lead to six-pack abs, but one man is hoping to change that. Meet Blake Konrardy, a beer lover, workout enthusiast, and big dreamer. He is attempting to launch a line of “fitness beers.” According to Konrardy’s Kickstarter page, he is raising money to make two protein-fortified beers, known as Brewtein and and NutriBeer respectively, through his company Supplemental Brewing.

Starting to think we beat this horse on this one, but here it is again.

I was working a shift at a local beer shop on a quiet Thursday recently when the phone rang. The guy on the other end asked enthusiastically whether we had any Dinner or Lunch from Maine Beer Company. Both outstanding beers, I would never deride him for seeking them out, but he needed a bit of background info. I explained that Dinner is a brewery-only release, and bottles never go out to distro. Then I explained that while we get Lunch regularly, we didn’t have any in stock currently.

We of course Buy/No Buy, I’d Tap That and all the usual nonsense you have grown to loathe.