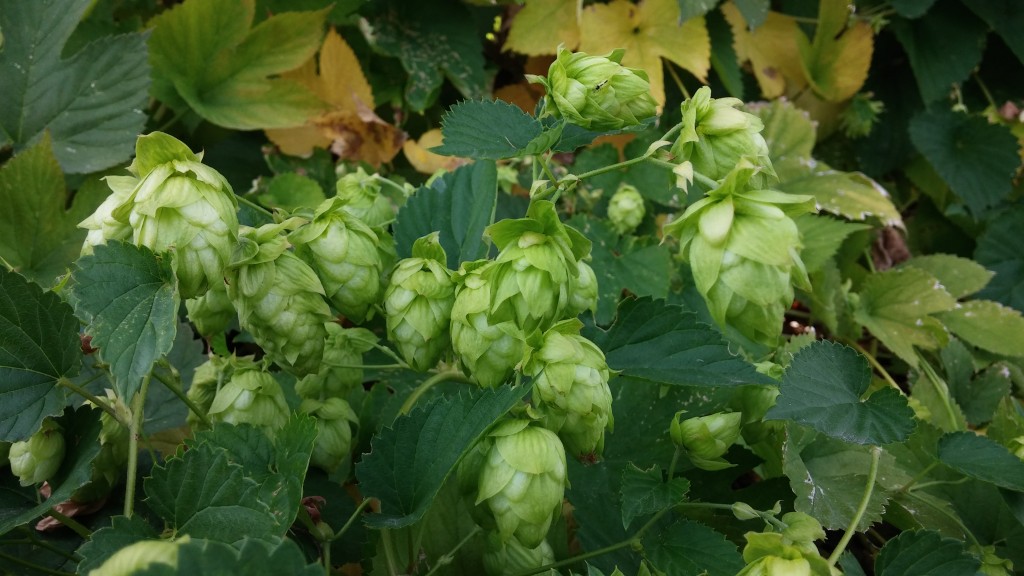 Hops being grown outside of the brewery.

As I’ve shared the details of my #beercation trip with friends and family, it feels more and more like a pilgrimage of sorts. Not to downplay those that actually do a real pilgrimage, but this day was special. When I first started drinking real craft beer, I found that I kept gravitating towards a lot of lighter beers, and away from the “dark stuff”. 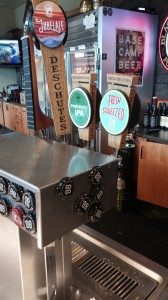 Now to be fair, this was also a time before I was really into coffee, so maybe that had something to do with what I was drinking as well. That all changed one day when my friend Scott gave me a Black Butte Porter. Something about that particular beer made me stand up and take notice, and ever since, it’s been one of my all-time favorites.

Deschutes started as a small brewpub in 1988 in downtown Bend, Oregon, and has exploded in size, to the point that they were the 5th largest craft brewery in 2012. Deschutes has approximately 400 employees that colletively own about 8% of the company due to their Employee Stock plan, while the rest is own by founder Gary Fish.  They have two sites in Bend, and a brewpub in Portland, OR as well. They currently have a stock of over 2000 barrels with which they’ll age beers such as The Abyss (an imperial stout), and hope to grow that to 3000 within the year.

Here’s a little something that you may not know about Deschutes.  They use fresh hops for the majority of their beers, and only use pellets and/or extracts for some of their IPAs.  This is primarily due to their proximity to many hop farms in the area. Fresh hops are a lot more volatile and not as readily available, but do have the preferred aroma, flavor, and mouth feel that Deschutes is looking for in their beers.  Using primarily whole-cone is a lot more work, but as the owner likes to say “Why do things the easy way when you can do them the hard way” which in this case means that Deschutes is brewing beer the way they think produces the best end results, even if that means more effort and a higher cost.  The day we were onsite, the brewers were excited because they were expecting a shipment of fresh hops (as in left on a truck 2 hours ago) that they were going to use and brew through the night:

It was raining mosaic hops today up in Yakima. Tonight we brew! #chasinfreshies pic.twitter.com/BCRFiFgdhI

We asked about whether or not canning was ever going to happen, and Jason told us that right now, they just don’t have the room to add a canning line that could keep up with the production levels that they have for their bottles.

When traveling to a town like Bend, it’s easy to say “Oh, I know that big brewery, I’d rather visit the smaller guys instead”, but I’m here to tell you that would be a major mistake. Deschutes may not be the youngest kid on the block, but they definitely have enough wisdom and experience to make this a “VISIT” if you’re ever in the area.