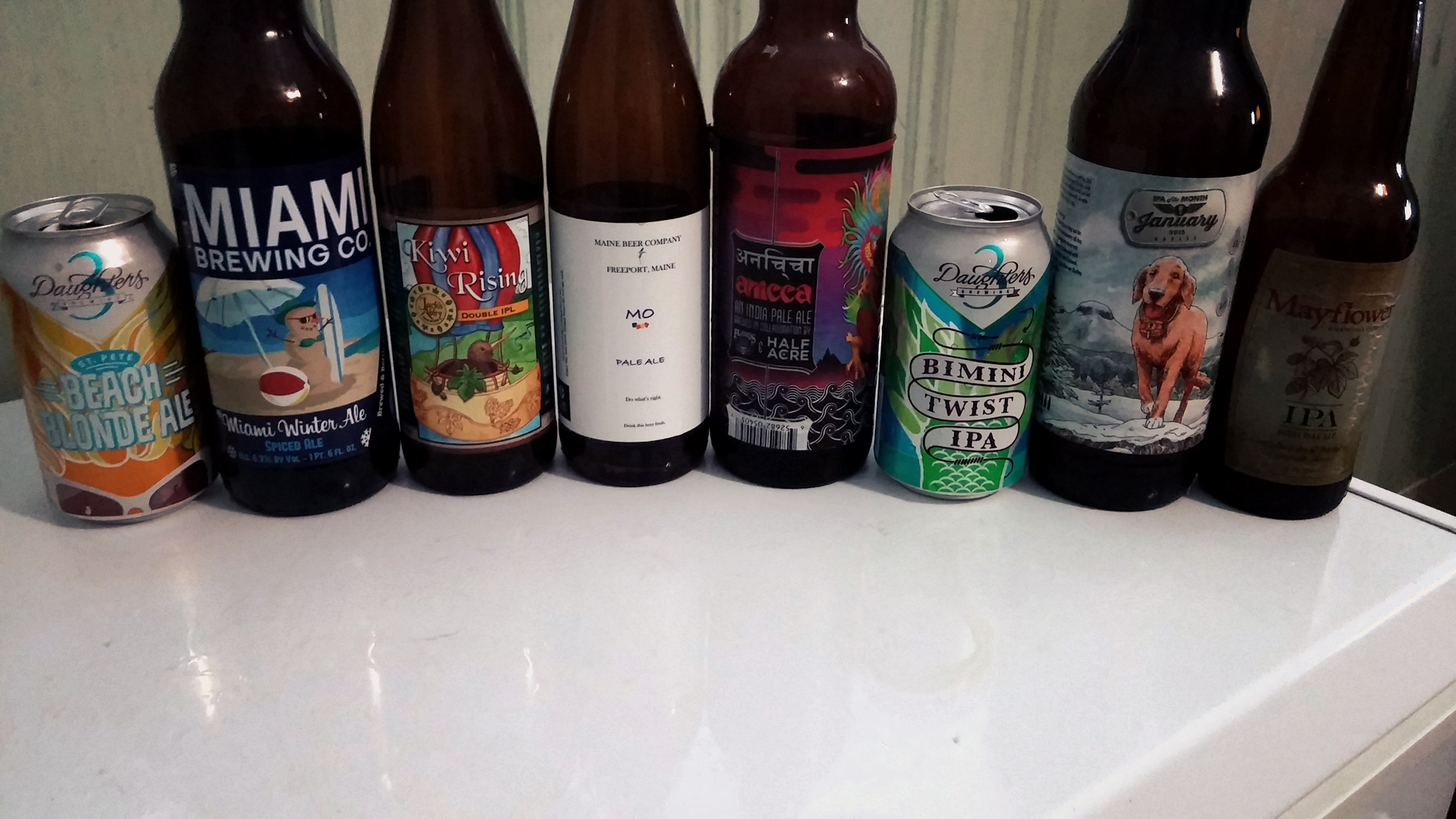 The boys are back for some current stuff this time! In this episode we discuss:

The past two years have seen unprecedented growth in the American beer industry. That rapid escalation is not exclusive to brewing companies. The interests supplying breweries with ingredients, equipment and other essentials are also growing at a swift pace in order to meet increased demand, to the point where they must expand their operations.

Babies and bottles normally get along just fine, unless a picture of that baby happens to be plastered to the front of a bottle of beer being sold in New Hampshire. Currently, that bottle of Breakfast Stout crafted by Founders Brewery Co. in Grand Rapids, Michigan, is contraband in New Hampshire.

New Castle getting all crafty during the Super Bowl.

Newcastle is introducing a cheeky, irreverent campaign on Monday, in which it will try to recruit 20 to 30 brands to help it break into the Super Bowl advertising melee. In exchange for a cash contribution, the other brands’ logos and messages will be incorporated into a spot crafted with Newcastle by the advertising agency Droga5 that will air online and in some local NBC television markets during the game’s broadcast. (Rival beer advertisers are not invited to join.)

Cigar City has lost their minds and we lose ours.

Time passed. Reparations were made. But the whispers grew louder. “A lot of people said, ‘Don’t let it die because you had a bad year; don’t let it die because things didn’t go right; let’s figure out how to fix it,’” Joey Redner said. The owner of Tampa’s Cigar City Brewing listened. Hunahpu’s Day will live again on March 14.

Plus Buy/NoBuy, I’d Tap That and all the usual nonsense you have grown to loathe.