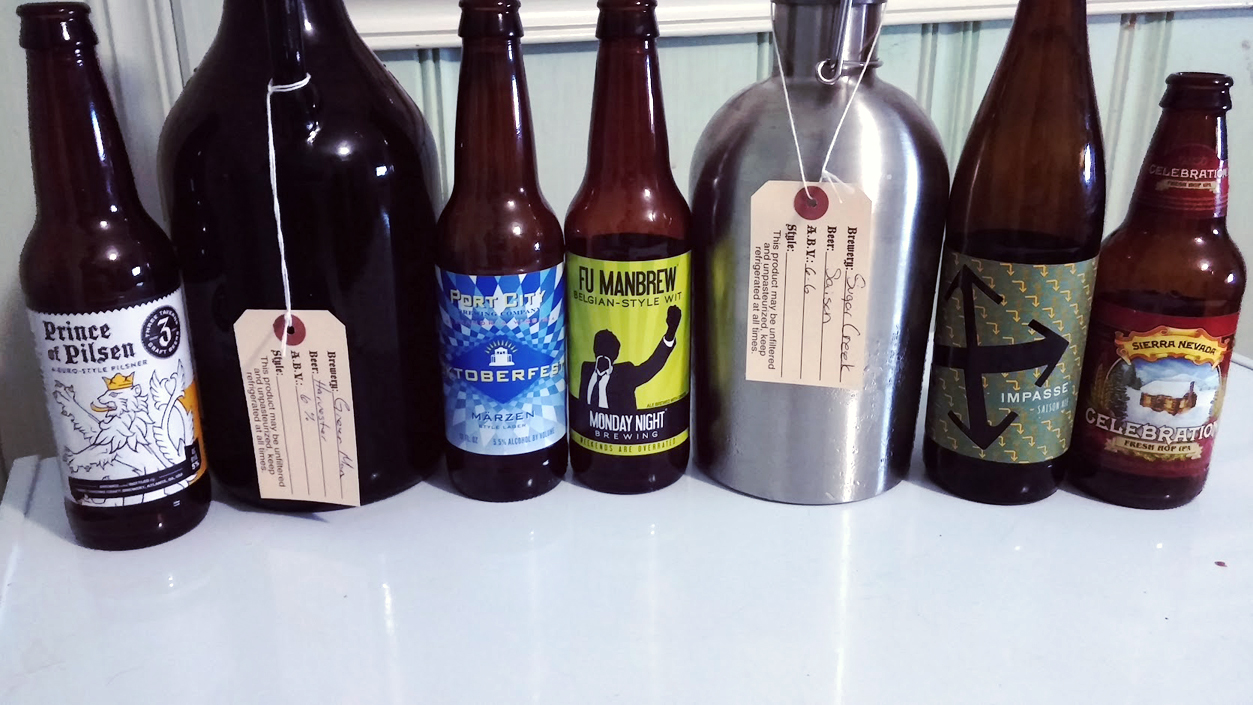 The fellas are back with Ryan in tow. Sorry, we tried to kick him out but we didn’t have any luck, so now you’re stuck with him like we are. In this episode we discuss:

Right now, app developers George Taylor and Stephen Pond are somewhere in New Mexico, hoarding every malty bottle and hoppy can in sight for a project called the Beer Census. They’re almost at 20,000, maybe halfway toward their goal of amassing every beer in America, and they swear there’s more at work here than having super-hardcore RateBeer accounts — the beers are actually data for their ridiculously ambitious app, Next Glass, which will rate the chemical makeup of beers (wines, too) against your preferences, acting “kind of like Pandora for alcohol.”

Local brewery Big Top is gaining serious ground in the craft beer scene. After a difficult launch thanks to shitty beer, they found their calling and the craft beer nerds are flocking. The newest Lobster Tail IPA that has a lovely blend of three hops from New Zealand and dry-Maine Lobster Tailing post-fermentation has exploded in the area and is even extending to Orlando craft beer bars.

October is a great month for both craft beer and horror films, and unsurprisingly the two go great together. But how best to pair them? Many beers display monsters, zombies, ghosts and ghouls right on the labels. Some, like Great Lakes Brewing Co.’s Nosferatu, Two Road’s Brewing Co.’s Roadsmary’s Baby and Full Pint Brewing’s Night of the Living Stout even allude to iconic horror films. While these are great beers, their names alone do not instantly qualify them as the best possible pairings.

Is the barley crop bad and will it affect you?

Montana was predicted to top the list of barley producing states this year with an expected 900,000 acres of barley to be planted, according to the Prospective Plantings Report released by the American Malting Barley Association last March. Actual production is an entirely different matter with storms causing wide-spread damage across Idaho, Montana and Alberta.

Walmart, the largest retailer in the world, has said it wants to double its alcohol sales by 2016. One area of the store Walmart would like to see customers spending more time is the beer aisle. The company is hoping it can grab a significant chunk of the off-premise U.S. beer market, which IRI — a Chicago-based market research firm — pegs at $29.7 billion dollars for the 52-week period ending Nov. 3.

Of course we also hit Buy/No Buy, I’d Tap and all the usual nonsense you have grown to love!